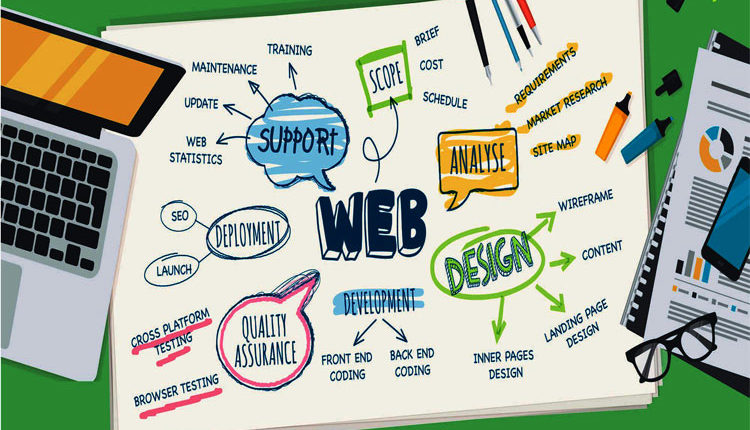 Startups success depends on designing based on user experience

Mohammadreza Khani who is a famous designer of Iran startup ecosystem and has founded Jobinja, was interviewed with Shanbe

It is important that startups talks about the importance of designing in the success of a business. They have learnt that it’s time for users and they are who make a business owner provide them a product that can solve a problem fast and easily through the duration of their presence in a website, their use of software and their choice.

Mohammadreza Khani who is a famous designer of Iran startup ecosystem and has founded Jobinja, was interviewed with Shanbe.

In Iran people know website designing as a visual design while they don’t pay attention to the fact that website should be seen as a product in which user experience design, content strategy design and visual design are important.

Outside Iran, designing in its new concept has been prevalent for 10 years; that is, designing has grown to deeper levels like user experience and usability and ease of use.

For example, in Jobinja which is a website for finding jobs, user can send its resume for the employer easily and as soon as possible.

Thus beauty and appearance of the website shouldn’t affect its ease of use and reduce users performance. Because when user need is not considered and user doesn’t reach his/her goal in visiting a site, such a business wouldn’t grow and would lose its users.

We have three categories of website designer in Iran. One is the traditional definition which means a web designer who design, program and do all the things alone and manage them as well.

In fact, there was such a definition until 10 to 12 years ago. Another category is graphic designers who pay attention only to the appearance of website and their output is a graphic design not an online product; that is they are in fact graphic artist not online product designer.

Even they may use the latest trends for designing sites but such design is based on designer attitude rather than user needs and thus it would be valuable in term of aesthetics rather than business.

Even if an element is needed in a page that is not beautiful, they add it. In fact the path of user through product is important for them and that is the reason of a business success.

A workplace for all designers, programmers and costumers

For example, when a website is designed for an association of low visibility, the size of website brush should be big and it doesn’t matter if it becomes too big. Or if a product is designed for all people of Iran, its language shouldn’t be English because most of people in Iran don’t know English and can’t use the site.

Thus the best type of designing is the one which is based on the characteristics of the audience.

I think the most important problem in the field of designing in Iran startup ecosystem is not paying attention to users.

We have talked about user-focused designing for so long but there are still products and startups that aren’t successful and they think the reason is marketing and sale, while its main reason is lack of user-focused design, because product in online startup is of most importance.

When we say product we mean website and when this website isn’t designed well for the user, our efforts would be in vain.

Its most important reason is that startup business begins with programmers because programmers can make products so fast.

For example, many of startup founders are programmers and their output is based on their own wish and taste not user needs.

On the other hand the whole process is costly and time-consuming. This is up to the founder how to make a balance between providing a useful product to market and providing an affordable product.

The cost of designing for startups is of two kinds; one is that product designing is outsourced. In this case, those projects outsourced have little chance of success because their designers aren’t inside the team and have high costs.

The other is that this designer team is made inside their company. Most of startups have designers in their team but it is important that to what those designers pay attention and which data they follow for adding features to a website.

I have spent more than 100 million Toman on designing!