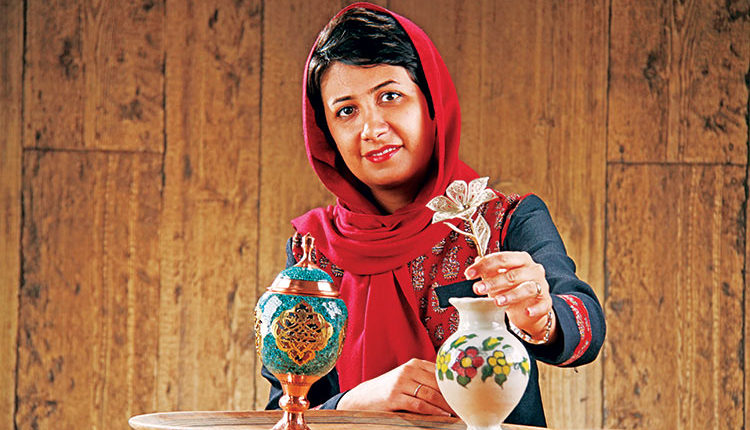 We have those forgotten in the center of attention

Aranik is responsible to artists who can’t sell their works; a responsibility that is not economic anymore and its social aspect is bold.

The increasing expansion of technology and the growth of machine living and urbanization, has moved handicrafts from an applied field in ordinary lives to a decorative field.

But we see that there are many people who are building and developing its market eagerly. Because handicrafts isn’t only a way of making money or a love and interest.

Working in the field of handicrafts can be a social responsibility for some people. For example, the initial idea of Aranik, has been formed with the goal of supporting manufacturers who can’t find appropriate markets and thus their art is in danger of ruining.

Aranik says in many small cities and villages far from capital of Iran, handicrafts are being produced which are very unique.

Although they are have very affordable price, there isn’t a good market in which they can be sold and this is because of the inability of their manufacturers to find markets.

The lack of awareness among people about these valuable products, the lack of management and investment in the field of artistic industry in the country and many other reasons.

Aranik is responsible to artists who can’t sell their works; a responsibility that is not economic anymore and its social aspect is bold.

We believe that manufacturer should only focus on production and leave the sale part to its experts.

Thus we had done some activities in this regard including introduction of a kind of pottery (Jahleh) in Hormozgan, pottery of Sarbaz area, Fanuj and Kalpurgan in Sistan O Baluchestan, introduction of Siahkal and Shaft pottery in Gilan, basket weaving of Uramanat in Kurdistan, felting in Chaharmahal o Bakhtiari and others.

Right now, Aranik is executing a plan from vice presidency of science and technology under the name of “social and economic development in Sistan O Baluchestan by promoting native handicrafts abilities” by which it would contribute to handicrafts development in deprived areas of our country which is the main goal of Aranik.