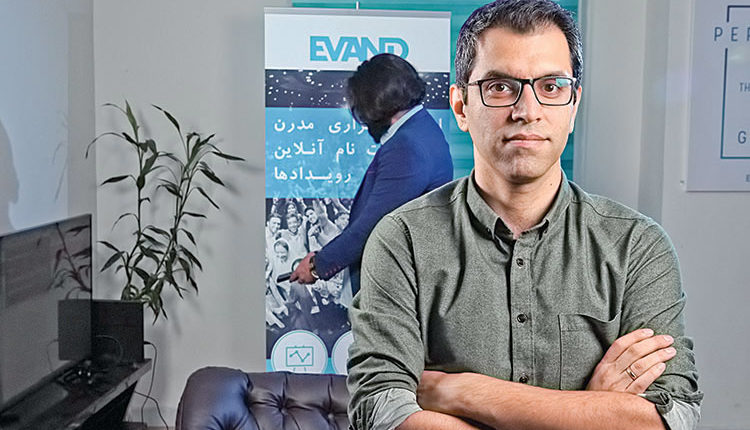 Good boy of the ecosystem

He is professional; he has professional behavior and is one of the best in his field. Everyone knows about his efforts for transferring startup knowledge to Iran whether through entrepreneurship center activities or holding the first startup event in Iran.

Holding free event of Hamfekr is another measure of this good boy in the field of Iran startup that shows his attention towards the importance of training in this field. Hamidreza Ahmadi is born in 1360 in Tehran.

He says despite the fact that he is born in Tehran, he deosn’t like to say he is from Tehran because his father is from Hamedan and his mother is from Isfahan.

He has always been interested in the culture and traditions of these two cities; Traditions which are hidden beneath their dialects and accents. In fact Hamidreza has British accent but he doesn’t deny his interest in Iranian traditions.

Around the world with the family

Ahmadi has gone to different countries with his family and spent his childhood in Canada. During college, they went to New York and he graduated from university in the major of software in this city.

From 1378 to 1387 he was in New York and then he came back to Iran. He says they had to live abroad because of his father’s job and he hasn’t decided to plan for going abroad.

In fact immigration from one country into another was his usual life and when he found the opportunity he immediately went back to Iran without any doubt.

Before coming to Iran, he asked his relatives about work conditions in Iran and they said that everything is good. He never wanted to stay in a country other than Iran.

Hamidreza believes that Iranians are knowledgeable than Americans and says in every place in the world students are not satisfied with universities.

When I went to university in 2001, it was a period of change and web was becoming serious. We studied courses which were more basic and theoretical but I was looking for learning many of practical issues.

Nowadays, universities with all of their administrative bureaucracy don’t look for the latest technologies and it’s very difficult for them.

But we access to software more easily and move forward. For example, in Evand we use a new technology named React JS that was open sourced by Facebook last year.

Thus we can’t expect a university to work on all new technologies. But its merit is that you access to a network of friends and instructors.

But you might ask what the differences are between the field of software in America and this field in Iran from the viewpoint of a person who has graduated from American university in this field.

There are people among my friends who don’t know anything about technology. Even my friends are less present in social networks but we work with people in Iran who are active in this field.

At the university where I studied, people asked me whether to use Google Drive or another app.

But in Iran we have many technical people. In my opinion, maybe we are better in terms of techniques but their startup environment and their startup progress is better.

I have to fight to survive in the market

The fabric of carpet in web