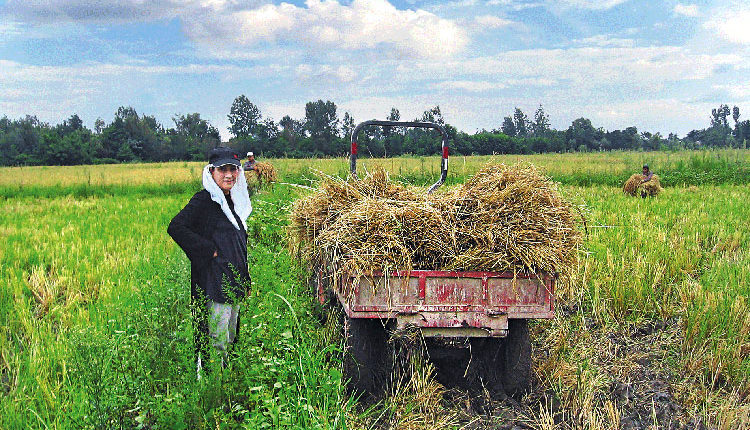 Straight from Paris to Shanderman

Shirin Parsi is an entrepreneur and top manager of Gilan Agriculture. Currently she becomes the member of environment society and tries to protect natural environment

Shirin Parsi is an entrepreneur and top manager of Gilan Agriculture. Currently she becomes the member of environment society and tries to protect natural environment.

In 1358 she made her decision and went to Gilan with her husband: “when we went to Gilan, it had no facilities, no roads, no water, nothing. I lived in one room. We had no kitchen and bathroom.”

She says: “life is like a combat. You should fight for what you want. Facilities and capital are not important. It is motivation which is important. I had the motivation.”

She still works on farm: “the weather is hot. But the important is that rice grows in hot weather. Because of this I love hot weather.”

She says: “I love my country. I always think that we should do something for our country. When we were young, we could stay in Tehran and work in an office but we chose to go to Gilan and work hard.”

She believes that people should feel summer, the hot weather which causes rice and date to grow. People have stayed away from nature.”

I work with men side by side

Shirin works hard and goes to the farm herself: “I had many workers, but I worked too. At first my husband does most of the works but little by little I became accustomed with the environment.”

She doesn’t believe that we can achieve something without hard work. She was the first woman who worked on farm regardless of her social position. She learned to live in that place.

We failed many times. My older son has studied agriculture. He says agriculture is among hard works because it is the sky which decides.”

In those days they had nothing. Little by little they start a business and became entrepreneurs. She took advantage of science in her work. Its risk is high and you should be patient.

“Villagers didn’t think that I’m a real woman. In their opinion, a real woman should be white and big in size. I was the opposite.

But I proved that everyone can progress if she is determined.” Now those people love this woman.

Shirin believes that if humans do not communicate with nature, they would stay away from themselves. People’s confusion is because they stay away from nature.

Shirin never quit reading in spite of her busy life. She always reads. She loves poem and novels.

This is how startups become knowledge-based

Offline platform providing IT based solutions