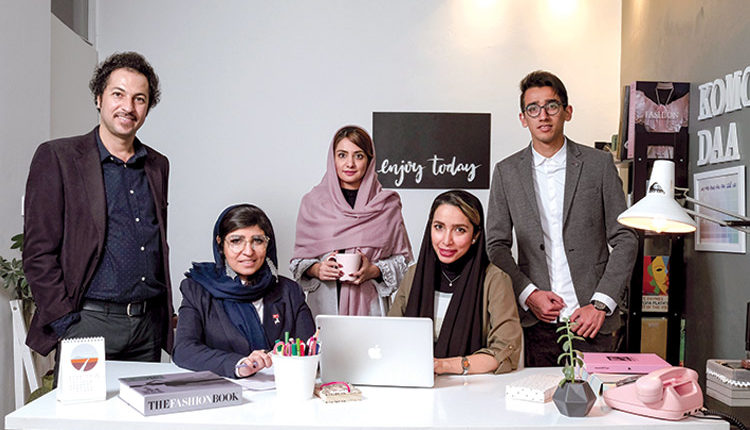 We’ve heard a lot about Komodaa in the last two or three years, a business that continues to work in women’s clothing. This business started in year 1395. It received its first round of funding from the Smartup V.C, And Before that it worked with founder’s capital.

We’ve heard a lot about Komodaa over the last two or three years, a business that has started by Sana Khalesi and works in the women’s clothing business.

The business started in 95. It received its first round of capital from the Smartphone, and before that came in the form of a bootstrap business.

Now this business is finding its way and continues to operate by attracting capital. 800,000 items valued at  217 billion Tomans have been traded and this business, which specializes in women’s clothing, has high hopes for the future and for the environment.

Sana Khalsi, founder of Komodaa, tells Shanbe that they have found their way, and despite the challenges and mistrust that investors have with their ideas, they have been able to prove themselves.

Sana says: “The share of secondhand clothes in the basket of Iranian households is unclear. Therefore, accurate statistics cannot be provided and no specific monitoring has been performed in this area.

But Komodaa has recorded his own special statistics over the last year that I can refer to. Since last year, more than 800,000 items have been in the Komodaa worth up to 217 billion Tomans.

This figure was the initial value of items placed on the Komodaa. But each item is usually sold at a discount of between 50 and 70 percent. ”

What is the target market for a business like you? Sana answers: “We have a variety of customers, but it started with environmental concerns.

But in what market, by what size? “We have worked on two bases to measure our target market, one based on the global apparel and fashion market, which in 2018 had a turnover of $ 24 billion, reaching $ 33 billion by the end of this year.”

It is even predicted that the clothing and fashion market is expected to reach $ 51 billion by 2023.

The clothing market is constantly confronting and even surpassing new clothing retailers.”The reason for this global growth is the environmental concern of many people.”

They said you would fail

Now that the ecosystem is repeating itself, as if ideas are over and most people want to launch a taxi online or sell food online, it is better to try other ideas.

Of course, ideas such as Komodaa are not very demanding. Sana says: “When I started, I had a lot of opposition.

They argued that you had to start a business based on the primary needs and the needs that lie at the bottom of the Maslow pyramid.

“They saw the idea of ​​Komodaa in the upper part of the pyramid and were suspicious of its success and profitability.”

Opponents of the idea rarely included investors. Komodaa has been able to receive seeds in accordance with the seed stage last year, and has been running and managing Bootstrap since 1395.

“Investors didn’t believe in my idea and they weren’t sure of its profitability,” says founder of Komodaa . For this reason, he was unable to implement his plans in a timely manner.

We worked on Komodaa for more than two years until stability, and when the investor came to this business proved itself.

Otherwise, it would not have been possible for investors to invest in this business from the beginning. ”

Userbase must come to the cart

Khalesi says it is worth working even if ideas are not about basic needs and the small target market is small, because not all businesses are going to be very large.

A market-driven idea may have some successes, not just financial and monetary successes, but environmental concerns and the protection of nature and human needs.

Meanwhile, another important point is that the mere presence of usernames and potential users is not a reason for the success of a business.

The disadvantage to me and Komodaa was that few people have such concerns or are interested in such assistance.

While Userbase won’t help the business if it doesn’t reach the basket. Therefore, sometimes even in small markets, great success can be achieved.

We kept the Komodaa with persistence

The persistence of Sana and the guys on the team has kept it afloat.”We didn’t give up,” says founder Komodaa.

There were many obstacles ahead of us. Our idea was not taken seriously, and a concept such as Komodaa was meaningless.

It seems like everything has to be put in the metric to be believable. Two years ago, when I was presenting this idea to investors, they had no belief in it.

Investors did not understand the type of the business and compared it more to Divar and Sheypoor. They would say that this business would fail and tell me that we would eventually hire you in our other businesses.

We saw a lot of these unprofessional behaviors. As I said, we saw a professional encounter at the same time that he had proven himself.

I should also point out that our business is an H2H business – that is, human-to-human,Such a business looks humanely at its users.