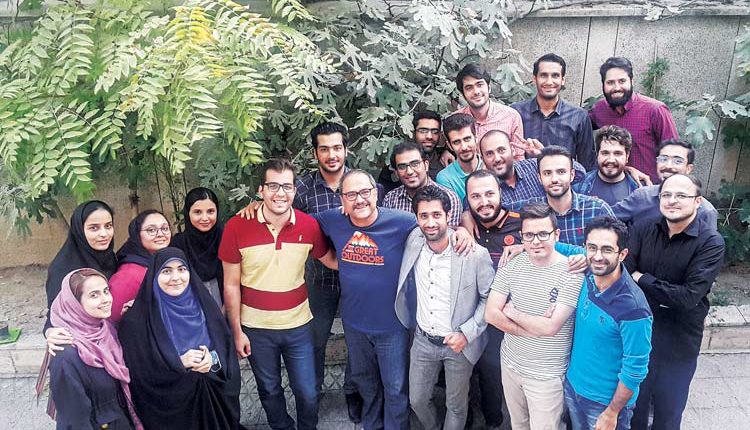 The Dataak Startup is a startup that aims to help businesses make the most of their data.

Dataak was founded by Amir Hossein Asgari along with Amir Esmail MahmoudAbadi and Hamoun Mohammadianpour.

Amir Hossein Asgari was born in 1982, He has a master degree in electrical engineering.

“We worked in the field before launching Dataak, and we’ve been working on Big Data and data mining for over nine years with a specialized look at cyberspace and social networks,” he says.

The original idea came in 2010. At that time we were designing website and at the request of one of our clients we were doing research on Iranian web space.

The project gradually expanded to the customer’s request and various statistical analyzes were added.

That led us to think that instead of doing it manually, we would develop software to do statistical analysis to do it faster and to reach other customers.

“We expanded the business in the same way that we separated from the team in 2017 with our initial investor problems and launched Dataak Startup.”

In the field of online data mining, our customers are those who want to know what is being said about them in the cyberspace, what their competitors are saying, or what their customers think about their business, and so on.

In the offline domain, our customers, in addition, have their own Big Data and want to analyze what data they have.

Most of our customers can view reports and graphs through the online panel based on the data they need.

Some clients who require additional analysis and final summary, request us to write an analytical report that our team provides and reports based on customer needs.

Depending on customer needs, monthly ranges from 200 to 300 thousand Tomans to several million Tomans.

In my opinion, the market is in the growth phase, and today most businesses are using these services just for the sake of curiosity and yet these tools are not seen as a tool for decision making but the market is growing and becoming more and more popular.

If you look only at the online market, according to the surveys conducted by market players in this area, the turnover in this area is approximately 20 billion Tomans annually.

In the offline field, the market is much larger and its turnover exceeds of 150 to 200 billion Tomans, because it covers a wide variety of areas.

Our target market is 75 percent, and I can say we are the market leader in the online media and public opinion today. There are so many competitors right now so no one can claim to be a leader in all areas, but we are trying to expand our business

Sanctions have had both a positive and a negative effect on our work.

The negative effect was that many of the large foreign companies that were our customers left Iran after the sanctions, and we faced a market vacuum.

On the other hand, we could not get our services in the Big Data area from Amazon or Microsoft.

But the good thing was that large companies and organizations were forced to get data mining services from Iranian companies.

The most important problem is that most of the market in Iran is government owned and in most cases rent is more effective.

The importance of data-driven decision-making in Iran has yet to be realized.

Another challenge is the challenge of elite immigration, and most experts want to emigrate and lose some of their capital by going to a key member. The challenge of liquidity has also been one of our challenges.