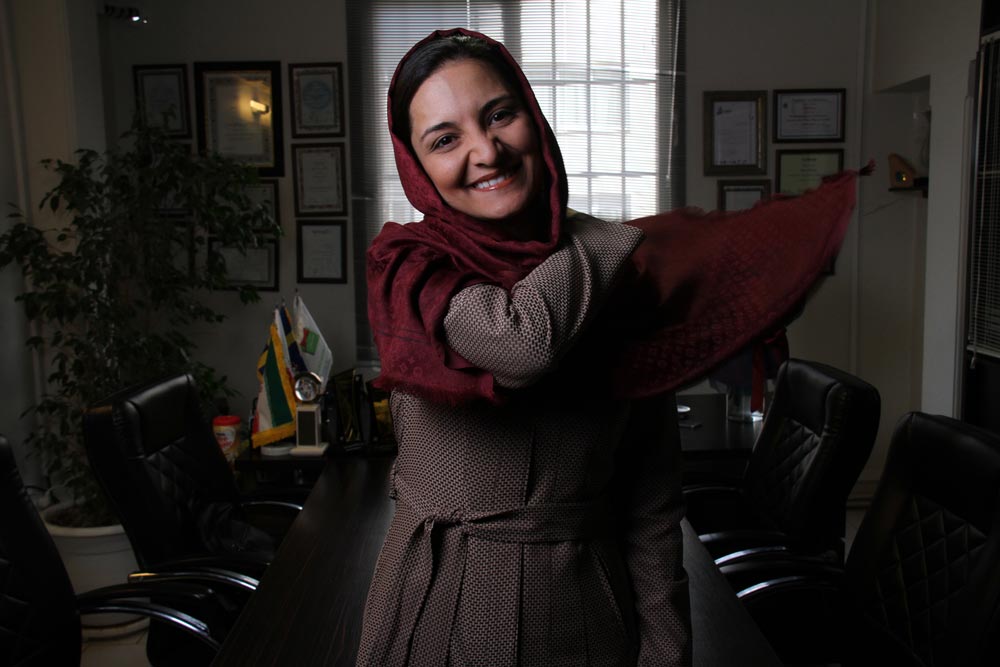 I have to fight to survive in the market

A girl, born in 1362, who founded the first Iranian electronic supermarket, is CEO of one of the best group discount sites in Iran called “Takhfifan”. Here we talked to her about her business.

The idea of group purchase was not easy in the beginning. It is difficult to persuade a group to buy a product and receive discount. Was the beginning hard for you?

We included a discount in this kind of purchase with which no one was familiar. That is we offer discount not only on the product but also on service.

Here is the second part of our interview with Nazanin Daneshvar, founder of Takhfifan. Read the first part here.

It has a long way to go.

No. in fact we offer the first discount and before that no one had done this. We did it in 22 Mordad 1390.

There was a site that had done such a thing before us but I can’t remember its name.

Being the first is good but it’s not enough. It is important to make a difference for your users.

We adhere to contract principles; when the contract is 50%, I don’t offer 51% or 55% on the site unless I deduct it from my own profit.

Do you mean that for example you sell a mobile to a customer with 20% discount and your profit is 10%. But you receive 8%.

Exactly this would make disagreements between us and the other company.

I don’t deal with these issues. My sister who is sale manager is responsible.

We have three major companies. We offer products and services. One of the two others offers product and service and the other one offers just products.

If the competitor doesn’t fight with us, we would not either. But if they do, we have to fight.

I may offer a higher bid and win the competition. But when a contract is made, I don’t do it.

When a contract is made, I don’t breach it.

This is not true. There is one person who is working for us and has come from another company but he had gone out of that company 9 months ago.

He was going to resign. He talked to me once but after that I didn’t hear from him. After a while he developed our android app.

As I said, this kind of workforce doesn’t have a good productivity.

We make NDA contract with them and tell them that they are not allowed to work for our rivals until six month after leaving our company. Currently we have workforce from Digikala, Shuttle, Bamilo, Netbarg and etc.

We check the quality of new workforce with the human resource of the companies which they have worked for.

It should be mentioned that investing is not only about money. Investor has strategy and causes a company to grow. Thus the former is true.

She doesn’t answer. Once she has said that she would sell between 30% to 35%.

I don’t want to give you a percent. But I think our share is no less than 50 percent.

Ethics in the workplace is very important for me.

I learn from every person inside and outside Iran. I don’t have a specific model. I want to be me.

I’m satisfied with my life. I don’t receive salary. I have income but…

Yes. I want everyone in Iran to buy products and services from Takhfifan. I want to be the number one in the field of discount in Iran.

Read the second and last part of this conversation in ShanbeMag.

Modiseh in a glance

Good boy of the ecosystem