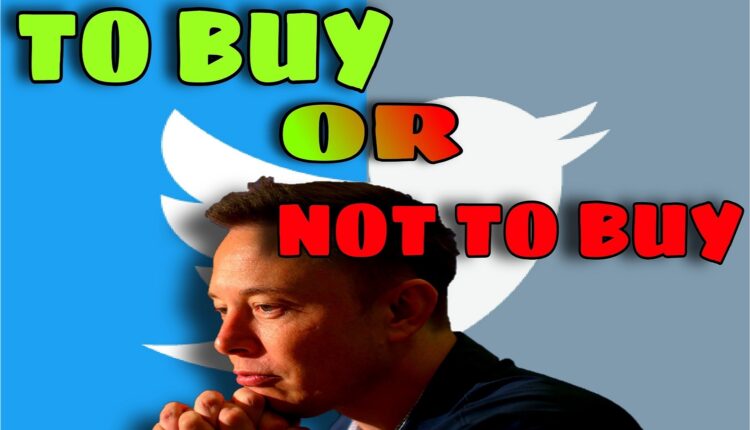 Why would one of the richest men alive want to spend billions of dollars on a single social media network?

Elon musk the richest man in the world bought twitter for 44 billion dollars on Monday! An abundant amount of money that frankly left everyone in absolute shock. Musk, mostly known for being the CEO of Tesla, plans to take the social media company private and has stated that the main reason is for twitter to adhere the principals of free-speech.

Musk himself is a frequent user of the social media platform and many assume that if he was to take over he would most probably unban the account of the former president Donald Trump, in addition to lessen the amount of bans that occur to random people due to their tweets violating certain policies.

There are many questions that have been compiling in people’s minds for instance: Why is he buying twitter or what is his perspective towards freedom of speech and etcetera…

Many assume that he is trying to purchase and get a hold of twitter because he has certain policies which he believes should be implied into twitter. also people think that purchasing twitter has many business advantages for him and he wants to optimize it to his use, which is undoubtedly true as we have seen him utilize twitter in order to bring value to a crypto currency he had invested in at the time.

Regarding the freedom of speech which mister Musk mentions, it should be noted that, sometimes this freedom to state your opinions turns into hate speech. Day after day, the hate revolving around women, immigrants, black and brown communities, love, charity, democracy, even knowledge, becomes more and more, which in plain sight might seem unimportant however, it should not be neglected and it isn’t right to hate on what we disagree about.

In addition Elon Musk himself is very well known for quote on quote being a “complete troll” on twitter and has had run-ins with the CEO’s and share holders of the company (twitter) calling them many outrageous words such as: incompetent, useless, idiots and so on.

So in conclusion many believe that, what Elon Musk is trying to achieve is in reality a platform where it is ruled by his perspective of freedom of speech which can also be labeled as hate speech and a place where powerful and rich people like him can state their mind freely with absolutely no consequence, no matter how distasteful or agitating it might be to the rest of the communities which also use twitter as their main platform.

Before Mr. Musk ever offered to buyout twitter, he purchased 9.2% of the company’s share, even more than the main CEO’s, making him the biggest shareholder in the company. However, it is rumored that he hasn’t informed the S.E.C, which is a requirement if a person is going to purchase more than 5% of a company’s share. Previously he has publicly stated that he does not respect the S.E.C and has called them bastards.

Taking a look at how the agreement between Elon Musk and twitter is going it seems to be in a bind, as Elon Musk has put the deal on hold. He has stated that twitter has lied about its amount of bots active on the platform (twitter stated before that bots only make up 5% of the users). Thus the deal is on hold, albeit many assume that he is really just trying to get out of the deal after realizing the social media company was not worth 44billion dollars.

But can he really get out of the deal?

Well considering the fact that it is Elon Musk, anything is possible. According to an S.E.C statement, twitter could back out of the deal if it gets a better offer, or if the board votes against it which isn’t the case as the shareholders are still in favor of the deal.

On Musk’s end he would violate the S.E.C agreement if he tweets anything bad about the company or its representative, which many say he already has. There is also a 1billion dollar termination fee if the deal doesn’t go through.