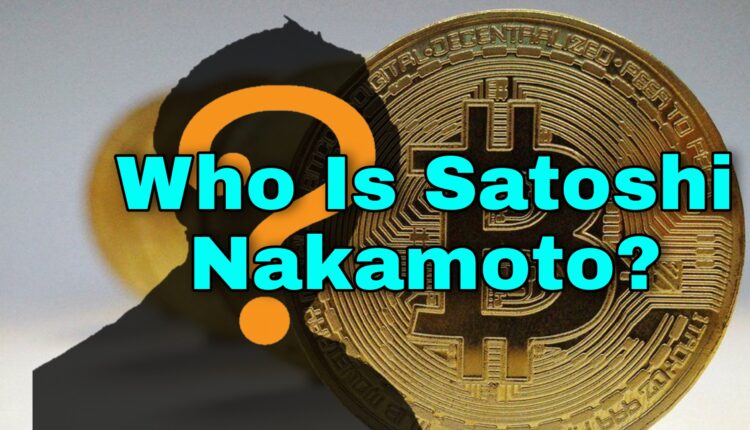 The identity of Bitcoin's creator has been shrouded in mystery ever since this cryptocurrency was released into the market. But is there any evidence to show us who is this enigmatic person?

From the time Bitcoin was created, it has had an astounding journey of success even being the most popular cryptocurrency listed at 64,800$ at some point in time and yet the identity of its creator, Satoshi Nakamoto, remains unknown.

In the past few years with the growing fame of Bitcoin people have also been invested in finding out the identity of its creator, there have been many speculations as to how he looks, what he does, what kind of a life does he have and so on…

To start with what we know, we are aware that the creator’s name is Satoshi Nakamoto, we even have an idea as to how he hid his identity but we don’t know why? Why would he try his absolute to remain anonymous instead of declaring to the world that he is the famous creator of the masses beloved cryptocurrency Bitcoin!

Many creators have influence over the community that grow up around their crypto, this is a matter that seems bothersome to many of the creators for instance: Ethereum creator Vitalik Buterin is “not too excited that the community assigns so much importance to him” according to his father in a New Yorker profile. Another great example is Litecoin creator Charlie Lee who surrendered his own creation in a reddit post stating “It is a conflict of interest for me to hold LTC and tweet about it because I have so much influence.”

Throughout the years, bitcoin miners have been repeatedly stating that they desire for Satoshi Nakamoto to return. In a bitcoin forum post about the maximum block size, one user stated “Satoshi’s opinion would help the community decide, not because he is more competent than the current core developers, not because he is an authority figure but because it would be reassuring to the investors’ confidence.” Thus, it is acknowledgeable as to how similar conflicts to that of Charlie Lee might occur and make it impossible that the creation and creator co-exist publicly.

Another assumption or theory is that Nakamoto knew authorities would come after the original creator of Bitcoin if the identity of the creator was open to the public. Bitcoin may be the famous cryptocurrency we know today but it was far from the world’s first attempt at an alternative to state-issued currency. In 2011, Bernard von NotHaus was convicted of making, possessing and selling his own private currency, the Liberty Dollar; and so, the same fate could have been expected for Nakamoto if he had been caught.

In addition to the government looking to catch Nakamoto, he or she could have guessed that Bitcoin would garner some ferocious enemies. Governments usually aren’t fond of people who want to produce a change in their way of going about dictating or ruling the country and though they may not be able to ban Bitcoin itself they definitely could have made life a lot harder for its creator.

To add insult to injury for many, Bitcoin is still synonymous with silk road, arguably the worlds biggest dark web market, which became popular for those looking to launder money or purchase illicit goods with bitcoin. Despite being shut down by the FBI in 2013 this market landed a huge blow to Bitcoin’s perceived legitimacy and Nakamoto may have not wanted to deal with this fallout.

One more possibility is that perhaps Satoshi Nakamoto isn’t one person, but many. People can’t seem to fathom that a single individual was able to create the cryptocurrency worth billions. While Satoshi claimed to be a 37-year-old Japanese man, Bitcoin’s original whitepaper is written in perfect English and his email address came from a German provider. Some add up these facts into a conclusion that the creation of Bitcoin was done by a group rather than one person, as it is difficult for a single man to be so profound in both economics and computer programming.

There is also one theory which some people believe is the truth and it’s that Satoshi Nakamoto is in fact, the central intelligence agency or the CIA as a shorter form. And the fact that nobody knows anything of him/her or them is more concrete evidence that the CIA professionals are the ones that created this massive cryptocurrency.

There have been many theories, however, none have been confirmed to be the truth of the matter.