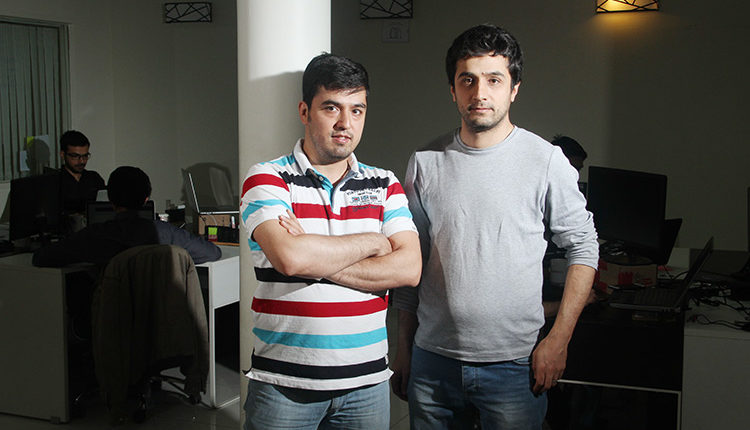 Amini brothers, Ali and Mostafa, as the co-founders of this startup, talk with ShanbeMag about their business.

ZarinPal; a port for internet payment.A port that like to be compared with PSPs or online payment ports of banks and it seems that it wants to compete with them.

About where they start from, their concerns, and current status of online payment, presence of investors like Rocket Internet, presence of PayPal in Iran and the future outlook of ZarinPal. When one of them didn’t want to give any information, we took it from another.

Yes. When purchase is done from hacker’s cards, money laundering happens. We have a regulatory system in ZarinPal and in the case of seeing suspicious activities, we call the buyer or seller and check the cards.

But in other 20 companies, even they have higher income from selling VPN which is prohibited and maybe it is the reason of filtering them.

First we should answer this question that why the presence of ZarinPal is good. Money laundering is done all around the world in different segments.

One thing that should be done is to segment the customer based on information you have. But in bank systems, no one knows what the account owner is doing and from where the money is deposited in the customer’s account.

But our payment port can’t be where money laundering is done in large volumes because we get higher fees and that person prefers the lower fee.

We have a profile of the customer and we know what activities it has done and from which stores it buys and if it wants to buy something big with the information of that customer, this is an alarms for us so that we suspect if the information of purchase has been disclosed or something has happened, because it didn’t have a record of such a big purchase.

Now let’s answer your question. Our interaction with regulatory organizations is like that we have an individual window with which those organizations can check the information of our system directly and anytime. According to different spectrums we recognized, we keep each vague transaction and examine it.

Very much. During the day we are struggling with it. In order to keep the business, we have put spectroscopy system so that the whole system doesn’t ruin for one limited transaction.

Any person may want to sell a product. For example, he/she makes a page through Instagram and guides followers and buyers to a page in Telegram and provides a card number.

This is a simple example of a service we have provided under the name of AsanPardakht. It doesn’t have a site and you would be connected to the port with one URL. This was the idea of ZarinPal to target social networks’ payment community.

They never can do it because PSP should receive a trust symbol in order to provide service. The customer is so small that it can’t launch a site.

Here we have put the system we expanded two years ago and we consider a risk for each transaction. Because our company would be at risk due to these transactions, because it is possible that the company become closed.

Based on this risk, which would lead to employees’ unemployment who are now 22 people, we decide which risks a transaction would have for us. Is a product sold? If not, we follow the user. In fact we try to know the other party more.

We make decision in favor of the party we know more.

Blockage is the first thing we do.

Yes. The only way is to make trust again through approving the person’s information.

When making the rules, we even act stricter than PSPs and we don’t allow for sales in large volumes. For example, about VPN sale, we have redlines for copyright of products that are produced by special institution for example films and series.

They even wanted internet sale of a series named Shahrzad but we didn’t accept, because it creates risk and there may be a third person in this field.

We say the payment should be done with the producing institution not with the third person. We work more per direct contract.

It isn’t a big market. Financial turnover of the whole E-payment field in Iran is about 3.000 billion tomans which includes all online sales and for example IranKhodro sales is considered in it.

This market doesn’t have a big profit. From 45 percet remained, 20 percent is related to payments done by the government.

E-commerce share is 10 percent of online payments and near 5 million transactions are done in this field during a month which indicates its small segment and all E-commerce payments each month don’t reach 1000 billion tomans and maybe we have up to one percent share in this market.

There are diversities in this market. But real payments are made from these startups like DigiKala whose whole market volume is up to 3 million transactions per month, while 10 percent of this market belongs to us.

The truth is that even payments of many of startups in the field of electronics are done no-electronically, for example many of DigiKala payments are done using COD or with POS which are not online payment.

All transactions registered in Shaparak each month, is up to 60 or 70 million online transactions and startup share is about 5 percent.

CafeBazar is far ahead of others in terms of numbers but I estimate that DigiKala and CafeBazar are at the same level in terms of turnover.

We should see which businesses they have taken in terms of market. We have a determined share of the market but competito

rs have progressed and they have acquired those businesses we didn’t acquire. Even products and services that are not legal; for example VPN is being sold online and each day 1500 VPNs are sold.

We are designing our own strategy in order to compete with them.

We are preparing ourselves so that if they want to merge with us for any reason, we know what mergence it would be. But in any case our strategy is competitive strategy.

We fee danger because at least one year later PayPal would enter Iran but at first it should know the market and maybe it works with us that are local business and know the market.

On the other hand, we act unlike the world in Iran. In all around the world the person who receives a service pays the costs but here there is a competition between banks to attract resources, that leads to this situation in which the seller doesn’t pay any money for selling the products that is there is no fees.

When PayPal faces these issues, it should know this model and because there isn’t any profit in this model, it tries to improve the rules and work without cooperation with businesses like us.

In all market those who are local have a stable status.

PayPal would enter Iran with no doubt and in the absence of startups like ZarinPal, we wouldn’t have a business that competes with it. Like what happened for weblog and social network service providers.

If they come with large amount of money, we can’t compete with them and they would eat us. Like what happened with the entrance of Rocket Internet.

Many of businesses couldn’t compete with ZoodFood and Bamilo because money was entered into the market with unknown methods and if it was known, the government could get tax guarantee.

They entered money by ship illegally.

They certainly have connections.

Rocket Internet is in USA exchange. According to Middle East Investment Group, it says that it has Romak office in Iran and MEIG is a common investment between South Africa and Rocket Internet and Bamilo and ZoodFood are named in this report.

I had direct contact with MEIG and the model is not an Iranian model. No one would launch a startup for example Skano with high capital and then close it.

This is the model of Rocket. Rocket brought 10 million dollars for its three main investors for the first time.

We had capital attraction for example for creating standards, those standards that we don’t know and we should know and we can’t execute them alone.

But right now we are looking for injecting up to date knowledge more than capital so that we can confront foreign competitors.

We didn’t look for making money from multi venture and we wanted their knowledge. We had a contract with the office in Tehran, but our needs weren’t met and maybe we cancel the agreement because they didn’t stick to their commitments.

I think no one needs money. When the capital is attracted, team’s expectations increase and capital attraction would increase expectations.

Because the market has a specific capacity and having more money doesn’t add a new person to the cycle of internet buyers, the ultimate market growth per year is 10 to 15 percent.

In fact, big capital doesn’t contribute to the growth and development of market. That is the market is not that big enough that for example Rocket is injecting money in it.

On the other hand, there is big difference between internet penetration rate and internet usage. Because the number of people in Iran who buy online is less than the number of internet users in social media.

But in order to educate and inject knowledge in the market, we need capital and that’s not our job. Just mass media and government can do it or a big investor can educate the market.

While starting, we aimed to have one-million-toman transaction each day and we reached this aim after 20 days.

Then we changed our metrics and we consider 10 million transactions each day and we reached it during nine months.

We have prepared ourselves to have 100,000 transactions per day. Considering a tactic, if the average of each transaction is 22,000, it would become about 2.2 billion tomans per day and this is the future outlook of ZarinPal.