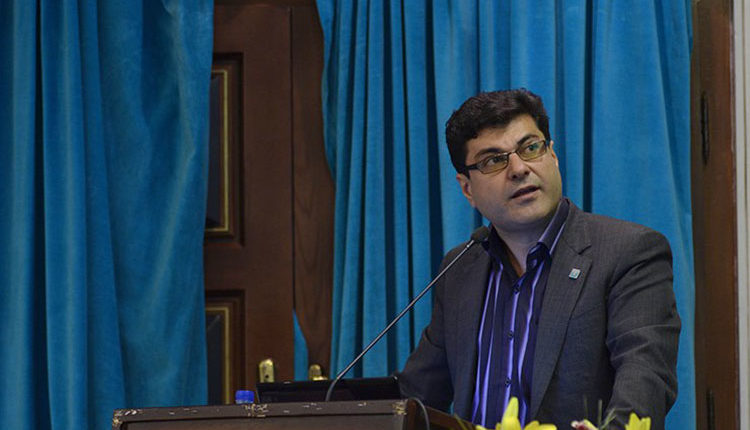 We should reduce the risk of foreign investor presence

Dr. Hamed Sajedi, CEO of Shenasa Company, thinks that investment in the path of innovative businesses is an inevitable way that can’t be neglected because the whole world is taking this way

Should we measure all investment values based on economy and money? Does venture investment have other achievements for the society that besides all risks it has, there are people who work in this field?

Dr. Hamed Sajedi, CEO of Shenasa Company, thinks that investment in the path of innovative businesses is an inevitable way that can’t be neglected because the whole world is taking this way.

Vice president of VC in Iran believes that social capital and the hope these businesses make in the society, is beyond its economic achievements.

If we put America VC investment as the reference and if we have half of this capacity in our country, Iran ecosystem would have the capacity to attract a capital equals to 2500 billion tomans each year.

The figure that is mentioned now and is somehow optimistic is about 500 billion tomans but there are many empty capacities for working in this field.

One of the biggest exports of Iran is human export; a phenomenon that is called brain drain. So the initial base of investment that is genius people, exist in Iran.

But those who can be the future active entreprenuers, are not trained to enter business space during their growth from primary school until university.

Although many of these people may be prominent students but don’t know entrepreneurial literature and even haven’t experienced non-innovative and non-creative businesses or tried to make money by themselves.

Thus there is a gap between those who are prone to investment and the situation an investor needs to invest. Although during recent years this situation has improved by forming accelerators and promoting academic and research organizations which are not aroused from business space

That is in most cases the problem of investor isn’t that it doesn’t have enough money for investment but that it can’t find a determined team that can change an idea to a product offered to the market.

Iran educational system should be reviewed in long-term and instead of considering a good grade at school and university exam, we should look at entrepreneurial values and value creating.

It is possible that we don’t get favorable results quickly and for example a person who want to invest on this field, can’t wait until a new generation is trained during next 15 years.

Thus we should refer to intermediates that guide suitable and potential people towards actual talents; that is even we make stages under the title of pre-acceleration and spend time and invest on this field. In fact we put entrepreneurs in the way of future-research and market studies.

There is a long time that our economic relations are minimized with the world and foreign investor doesn’t know whether current good relations with Iran would be maintained during next years or not.

Thus foreign investor concern is that it enters a bilateral risk; it both takes risk in a business sample and about entering public space of the society.

Therefore foreign investor prefers to reduce the minimum risk of its business by applying pre-tested ideas so that it just tolerates the risk of investment location; that is it doesn’t test new ideas and prefers to bring successful and tested examples from other countries to Iran.

In this way such an investment wouldn’t be considered a venture investment, because it is the repetition of tested businesses and its simulation in our country.

But this is not bad in nature and is a kind of promoting business and entrepreneurship literature which leads to experience and knowledge exchange.

Maybe a better model to be considered is cooperation of foreign investor with VC investor inside the country.

In this way, the process and interpretation of foreign and domestic space would happen in a better way and economic values produced, would return to inside of the country more.

Because if investor is 100 percent foreign, in the case of success, all of its income resources would be transferred to outside of the country.

One of the attractions is related to Iran vast market that has remained intact in many fields.

On the other hand, it is the natural interest of Iranians to new issues; that is in some cases which aren’t necessary for people, they welcome new products. For example, in past years there was a computer in each house although they may not need that and now many people have smartphones but don’t use their services.

Also some of traditional economic fields that were considered less risky and have economic return, have faced a kind of lethargy in recent years and naturally some of capitals are invested on new fields.

On the other hand, the presence of virtual networks and foreign news has provided this opportunity that successful foreign examples are known to the public and this is the trend that has affected the whole society.

Concerns related to employment crisis educated people have also affected the trend of moving towards technological and new fields.

Thus they have moved towards such fields although economic return and risks of this field have not been considered totally.

Thus it seems that a kind of avoidance has dominated this field as well and when its fever reduces, we would see the face of more real players.

Although we can consider the success of superstars in this field, but taking risk is an integral part of technological businesses.

But if they enter this field with little capital, they can tolerate more and even if they fail, they wouldn’t face big shocks because in this field if 10 plans are invested, it is probable that no one becomes successful or all of them succeed.

Therefore, forming funds that are consisted of signing up and financial aggregate systems are better methods for public and traditional capital attraction.

Because instead of few people with big capitals, various people with little capitals enter this field. Thus more people would be involved and more investment would be done.

Also the bigger the number of people, the less their capitals and thus in the case of failure, they wouldn’t face a big failure and they would gain experience for future investments.