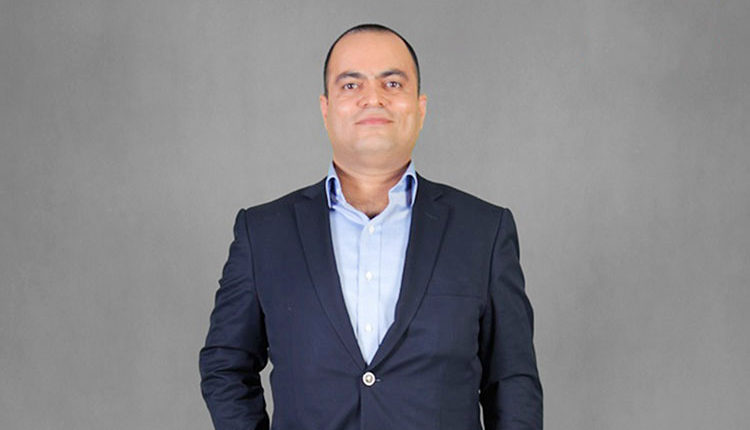 The amount of investment done in the field of Iran startup is like a joke and is even one tenth of investment in the ecosystem of London city which was 1.1 billion pounds within the first six months of 2017

The speed of VC investment attraction is slower than the development of the whole ecosystem. The amount of investment done in the field of Iran startup is like a joke and is even one tenth of investment in the ecosystem of London city which was 1.1 billion pounds within the first six months of 2017.

Ghanemzadeh also believes that based on some criteria we need 160 VCs in Iran! But right now active VCs in Iran are very few.

He also mentioned to the importance of facilitation in entrepreneurial process and capital attraction for the growth of ecosystem and says France gives startup visa for attracting entrepreneurs and investors of other countries.

Active VC in Iran is very few. We need at least 40 VCs. With some criteria the number of needed VCs is considered up to 80 VC or 160 VCs.

Based on some criteria, the number of VC should be calculated according to the population of a country. For example, in some countries, they have one VC per each 200.000 people.

Thus even if we calculate this 10 times worse than that for Iran and assume that we have one VC per each 2 million people in Iran, we see that we should have 40 VCs. Thus the number of VCs in Iran is very few.
But about your second question which is related to the amount of current investment in the field, I should say that this amount of investment is not only insignificant but also a joke.

Although I agree that the quality of startups is sometimes low and this is a factor that leads to less inclination for bold investment among investors but figures mentioned for investment for example in ecosystem and in 1395, aren’t considered bold investing and are related to different funds.

At best we assume that in Iran in 2016, 200 million dollars bold investment have done but this is an assumption and we can’t verify it.

In this case one tenth of bold investment in London is done in the whole country. Thus even if there has been investment up to 200 million dollars in Iran, it would be a small figure.

I think the most important barriers are mindset and then knowledge and after that tools, because if there is a correct mindset towards an issue, you would gain the knowledge and tools as well. Right now in Tehran we can name hundred buildings that value more than 100 billion tomans.

But maybe we can name one VC in Iran that has more than one billion tomans. So we have the problem of mindset. In fact in Iran we don’t lack money and even we have organizations that have several billion toman capitals.

If we assume that one tenth percent of these capitals enter bold investment, there would be big changes but this hasn’t happened yet and people prefer to invest on traditional fields.

Also in the field of Iran VC, there are two serious shortages; first one is those to play the role of VCs and second is organizations, agencies and people who give VCs money.

We have issues like experience and knowledge as well but two most important problem of VC industry are lack of people who have the knowledge of launching VC companies and that there are few organizations, agencies and people who give them money.

There are different ways; at first I should say that there are many people and agencies that don’t know ecosystem and its capacities at all.

In fact the government should have power of influence to some extent but not that for example gives all the money and become the only owner of power in this field.

That is it should have the role of a founder and for example invest the initial 10 billions out of 100 billions for opening a fund. Not that it disturbs the balance in favor of one fund.
There should be educations considered for VCs as well. Educations across the world that are offered by number one trainers.

There are many agencies with capitals higher than hundred billion tomans in Iran that should be trained that there are such ecosystem and capacities.

Not all these agencies should enter the investment phase in this field but at least they would pay attention and maybe some of them become interested in this field.

Right now the process of ecosystem growth is not perfect but it’s not bad as well but the speed of bold investment growth in the field is slow and behind the growth of startups. But we should accept that bold investment usually takes place slowly and this is its nature.

Because launching a business itself is hard and presence of such barriers would make this process slow and even discouragement would be promoted.

Such an environment has caused that even some of entrepreneurs of this field think of immigration. While countries like France give startup visa with the idea that they want to become startup countries.

That is they not only make arrangements for their own entrepreneurs but also make things easy for entrepreneurs of other countries. But this is reverse in Iran.

We should reduce the risk of foreign investor presence

The beginning of robotic startups era + the first part