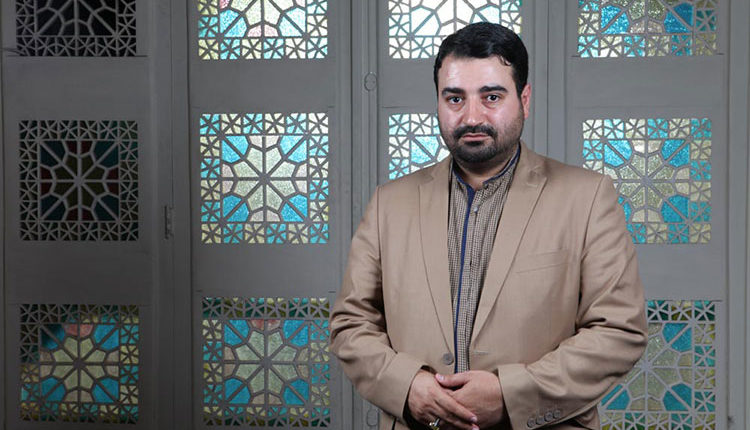 Each startup is a Basij base

Born in Bahman 1359 in Shiraz, he was the deputy of Digital Media Development Center in Ministry of Culture and the executive official in Extensive Criminal Content Tabs Committee.

Most of people know him as a person who works in filtering committee. He says that he tries his best to hinder the closure of websites who has web-based businesses.

Nowadays he supports startups and believes that internet businesses should be supported. Here we talk to Ruhollah Mo’men Nasab.

He believes that those startups which have innovative Iranian ideas and work on Iranian culture are like Basijis who fight for their country and religion.

This is new space which can be a good infrastructure for entrepreneurship. Because it is a new space, thus we can have new jobs and opportunities there. But the problem is that its framework is limited.

Most of Iranian startups lack creativity. Each successful software should have a creative idea. I believe we can make domestic operating systems and social networks so that we can have a secure place in which all the persons have good connection with each other. In insecure environment, jobs would not be created.

One of the countries which contributed to web development is Iran. Many of directors of big web companies are Iranian. I believe that Iranians’ idea is very valuable all around the world.

For example, Google Glass was the idea of an Iranian or one the first investors of Google was an Iranian who had an important role in the development of Silicon Valley. Most of the people in Iran have Internet and this is a good opportunity for developing this field in Iran.

I think one of the barriers is lack of copyright. It is surprising that the person who copies an idea would become more successful; because he didn’t spend his time and capital on that.

The second barrier is that most of the centers which support entrepreneurship are public centers. When the government is involved, there wouldn’t be a favorable output.

First of all we should become aware of peoples’ needs because their culture and religion are covered in their needs. Then, we should define spaces according to each need. But it doesn’t happen in our startups.

Second we should design needs-based service. Google has 35 thousand employees and only 2000 of them do technical jobs. So where are the others? They think.

We should think about how to attract customers and maintain them as well. In the next stage, we should make customers feel attached to us. We’d better pay attention to customers’ other needs. But business development has not been taken seriously in Iran.

First of all, people in this field should have good relations with each other. Convergence within this space and convergence with government is necessary. Good interaction between internet services and governmental authorities plays an important role.

We at the Judiciary tried so hard that registered websites didn’t get closed with only one mistake. Another problem is that governing bodies are not coordinated. One body gives the license and the other cancels it.

This diversity of decisions should be modified. Supreme Council of Cyberspace is formed for this purpose but it didn’t happen in practice. Tax and license issues should be solved as well.

A young person who has designed a game, has made many efforts and spent so much time on it to be prepared and we should trust him. There is a young person in Iran that develops games for Americans and prefers not to be engaged in our problems in this field.

Many people believe that these problems are the cause of stealing ideas. In fact those who have the ideas are being stolen not their ideas; they are not stolen, they are being rejected from us.

Nowadays we are facing creativity drain rather than brain drain. Google can find the results of your search earlier than you can. The information on your phone is more than your information.

Why are they called smart? Because they have intelligence and can perceive what you’re doing. CEO of Google says “I know what you are thinking about by your clicks.”

The problem is lack of interaction and conversation within this space. Businesses in this field should have a good relation with each other. Each business should be clarified. We need internal convergence.

Government should also support them. Another problem is that identity of most websites is not known and when we want to talk to them in order to solve problems and not let their websites get closed, we can’t have access to them.

If we solve above-mentioned problems, then internet and web can have a bright future in Iran and would contribute to the improvement of our country. Otherwise, the main web services in Iran would be foreign services which don’t follow our standards.

In this situation, it is possible that we decide to use Intranet. Currently many families think that internet is not good for them and if this dissatisfaction continues, it would cause the closure of internet.

The reason of all these sayings is lack of clarity. Security is very important in every country thus identified people should enter this space. But when an investor enters this field, his/her rivals try to represent him as a traitor not the authorities.

I myself once tried to defend one of the companies and found that an infiltrator wanted to damage that company.

There is a difference between critics and destroyers. Criticism is good and useful but we should stand up against those who damage this space without having an identity. If valid IP be required, then no one can do anything they want.

Do you have a problem with the name “startup”? I think most of the disputes are related to this name. They consider it a foreign phenomenon.

This name isn’t a problem. If we want to implement resistive economy, we should let startups work. I have told that in each mosque, base and cultural center we should have startups.

We should learn startup concepts in schools. Startup methods should be promoted among young people but it must have clarity.

Economic war requires economic soldiers and startups are Basij bases! They resist against foreign forces. Supreme Leader says that each person who resists against these forces is a basiji.

Each person who spends his time, money and effort for his country is a basiji. During sanctions, our IT companies improved; Google Play put sanctions on us but CafeBazaar entered the market. We should support these startups and pay attention to what they say.

The average age of those who work in the field of startups is 30 years; on the other hand, we have a good infrastructure for employment.

Most of these companies are knowledge-based on which Supreme Leader has emphasized. Supporting this field would lead to achieving supreme goals.

This is true. Employment capacity in IT has been more than 300.000 jobs in the first phase. We can achieve these goals. 560.000 people work in Samsung production section; why don’t we use these spaces?

We can progress using startup models. Many of the countries around us are good opportunities for our startups. We should make our startups international; Chambers of Commerce should be involved and help startups to design international software.

Websites like DigiKala should launch international services. If we promote our IT infrastructures, international companies would enter their servers and Iran would become the center of data transit in the world.