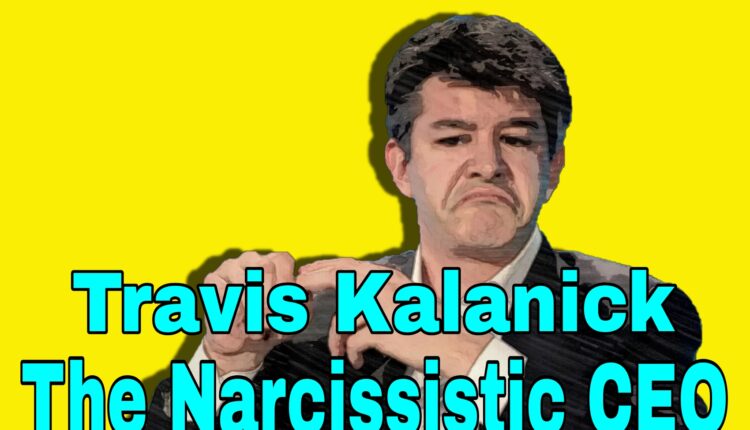 Why was Travis Kalanick, the former CEO of Uber, relieved from his position?

Travis Kalanick born August 6, 1976, is an American entrepreneur who was also the co-founder and CEO of the world-renowned company named Uber, which provides taxi transportation through the internet.

Kalanick grew up in Los Angeles. He was interested in computers from a very young age and so he learned how to code by the time he was in middle school. He studied computer engineering at the profound University of California, Los Angeles (UCLA); however, he dropped out in 1998 in order to help launch the startup company named ‘Scour’ with fellow UCLA classmates Michael Todd and Vince Busam.

Scour, was a peer-to-peer file sharing company, which became quite popular due to the ability to send music and movies online. Unfortunately, the company was sued for copyright infringement for 250 billion dollars which was mind boggling, and so they were eventually forced into filing for the chapter 11 bankruptcy for the company in September 2000, in order to escape from the compensation, they were supposed to pay.

By 2001 Kalanick and Michael Todd decided to strive for making yet another start-up. this time around they named it ‘Red Swoosh’ which was another firm that specialized in file-sharing technology. Travis had difficulty finding funding as the company was launched right after the dot-com bubble burst. As a result, they ran with minimal month-to-month cash flow and by August 2001, some employees had gone months without a paycheck.

In September 2001, Red Swoosh used approximately 110,000$ of the company’s payroll tax withholdings to fund day to day operations; which ultimately led to a feud between Travis Kalanick and Michael Todd. Travis Kalanick had accused co-founder Michael Todd of making the decision without consulting with him first, on the other hand, Todd stated that the decision was made by both founders. By 2002, Red Swoosh was down to only two employees and they were having a hard time securing funding until Mark Cuban invested 1.8$ million dollars in the company which allowed Kalanick to move the company to Thailand in 2006, so as to have more freedom and less regulations and restrictions.

In 2007, competitor Akamai Technology acquired Red Swoosh for approximately 19$ million dollars. Kalanick made 2$ million from the deal, making him a millionaire.

After the deal he moved to San Francisco and bought an apartment termed the “JamPad”, a place for young tech enthusiasts to come and share their ideas and have fun gatherings. There he met Garret Camp who had come up with the original idea of Uber, he discussed the idea with Kalanick who agreed to become the mega advisor of the company. He found a CEO for the company through twitter named Ryan Graves who held his position for 10 months before being removed by Kalanick and thus replacing him as the CEO.

By 2014, Kalanick’s reputation was beginning to suffer as result of his ruthless attitude towards regulators, customers, employees and uber drivers. By this time, he himself had engaged in an argument with an Uber driver which caused quite the scandal. His decision to invite him for an apology also went wrong when he started arguing even more and had to compensate him 200,000$ dollars in order to apologize.

Throughout his tenure he had control over everything and he controlled every decision which kept damaging the company time after time, which ultimately many from the board of directors noticed. He would repeatedly ignore his responsibilities and neglect the reports and allegations that would come forward and thus the board of directors decided to force him into giving up his position as CEO at the end of May 2017.

He stayed in the board of directors until 2019, where he repeatedly tried to take back control but failed. In the end he sold 90% of his stock for $2.5B dollars making his net-worth $2.6B. Since then he has started a venture fund named 10100 focused on real estate, e-commerce and emerging tech companies in China and India.