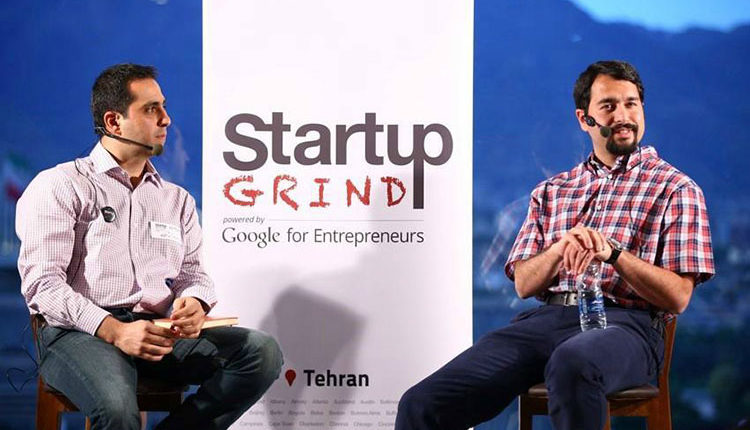 startup Grind is a global program for domestic support of entrepreneurs and founders of new businesses and improvement of business relations in society and it has three main goals.

The first goal is to communicate with entrepreneurs in the field of business and the second one is to make a platform so that people can use experience on each other and the third goal is promotion of entrepreneurship in cities.

This program was held for the first time by Milad Saberi and with the cooperation of a group interested in entrepreneurship and also public and private supports. So far about six events are held in Tehran.

According to Saberi, we should not consider startup and entrepreneurship a contemporary one. Entrepreneurship is a lifestyle which exists in some people in the society. Society should welcome their innovations and help them.

He believes that Grind startup could play an important role in the formation of entrepreneurship ecosystem and contribute to better relations between young entrepreneurs.

He said: “Comparing results of EP10 test shows that there are conformities between them and the results of our study.”

According to Gallop statistics in 2014, 40 percent of jobs in USA were created through startups. According to a survey in which 30 million students in USA participated, 77% of students said that they wanted to be their own boss.

47% said “the method of launching and running a business” is offered to them in school and 38% have told that they wanted to create something which changes the world.

In fact it shows the viewpoint of our modern society towards entrepreneurship and the importance of economy and employment.

Grind startup in Tehran held a survey in which more than one hundred people participated to examine the effectiveness of their program.

Participants answered the question “how much has Grind startup contributed to the formation of ecosystem and awareness of entrepreneurs?”. 66% of them thought that it was helpful.

88 percent could become familiar with others in the field and 30 percent have made at least one business relationship.

73 percent of them believe that Grind startup leads to dynamism of entrepreneurship ecosystem and 69 percent say Grind startup has expanded a value named “help others” among participants.

Common interests in the sale of insurance policies

Startups are in line with policies of regime