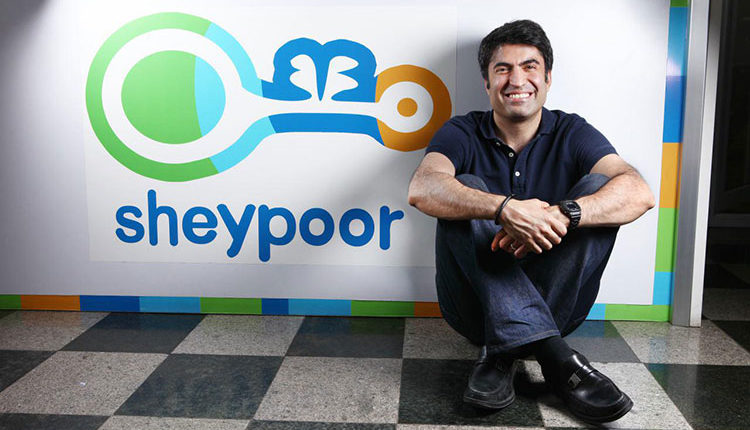 Sheypoor is an application which help users find what they want and need. Reza Arbabian, founder and CEO of Sheypoor, talks about Sheypoor plans and this market

Sheypoor is an application which help users find what they want and need. Reza Arbabian, founder and CEO of Sheypoor, talks about Sheypoor plans and this market.

When I was 14, I went to Canada with my family. Two years later, my family came back to Iran and I stayed there alone. I got my M.A. there.

When I finished my study, I came back to Iran. My family had launched production line of Sahand Towel in Tabriz and I worked there. But I always wanted to do a modern business.

The most important reason was my family. Another reason was that I wanted to launch a business in Iran.

Yes. In 1390, I decided to launch an online business. At first, I wanted Sheypoor to be an online automobile store. Because of that I visited many physical automobile stores and talked to them. Then I thought it was better to launch a business like “craigslist” which was working in Canada and the U.S.

There was only “istgah” which was about advertisement not the products and services in need.

I was alone. At the beginning I used a Turkish site as a sample. But this site was not a good model for me because I had been working for 12 years. Also I didn’t have enough technical knowledge.

We are one of the biggest online companies in Iran and we have two types of competitors; horizontal and vertical competitors. Horizontals offer everything and verticals focus only on one field.

They are “B to B” businesses and we are “C to C”. we don’t have advertisement in Sheypoor and we don’t want to.

Who are the most important players in Iran needs market?

We both work in the same field, but our competitive advantage is that in Sheypoor, there are businessmen and business owners but in Divar, ordinary people offer their goods. Also, our application is free.

We decided not to earn money so far. This is our strategy. We have had capital attraction from two Iranian and foreign companies. Our most important investor is Pomegranate company.

Our main vision is that all Iranians in different cities and all around the country can have the best transactions; for example good price, good quality, easy transaction and etc.

There are some concerns because the market is competitive, but it doesn’t mean that Sheypoor would fail.

Sheypoor is an application which help users find what they want and need. Reza Arbabian, founder and CEO of Sheypoor, talks about Sheypoor plans and this market.

One of the biggest foreign companies has entered Iran recently, but it failed. Because Iran isn’t a simple market and it has its own cultural issues. On the other hand, our presence in the market is a barrier for their success.

Maybe we accepted but it depends on their offer.

Right now Sheypoor value is about 50 million Dollars. In the field of startups, it is difficult to determine a value.

Each person has a different view about success. We haven’t reached our vision, thus we don’t consider ourselves successful. But I think Aparat, CafeGazaar, Netbarg, Takhfifan and Digikala are successful.

I think these people don’t have a proper knowledge about online field, because Digikala had billboards and television ads too. So it doesn’t mean that we failed and don’t have customers. Sheypoor is one of the biggest sites in Iran.

I think it is related to the fact that you haven’t earned money after four years; because for example Digikala has talked about its revenue.

It was our choice. I accept that we had some mistakes but it became one of our strengths. We are trying to build culture.

No it isn’t a big growth comparing to the number of people in the market which is about 80 million people.

Everyone who advertises in Iran is considered governmental or is related to security agencies. I reject these sayings.

No. there isn’t any relation between Sheypoor and CafeBazar. They are only our good rivals who have led to our growth.

I can’t mention a figure, but Divar is ahead of us.

It’s about competition. We have maintained these users and if we want to earn money, then our growth would decrease. We want to maintain our share in the market. We want to increase our users.

Divar has entered to two cities in Afghanistan and it is in the level of testing. We are not left behind. Iran market has so huge capacity that we don’t think about markets outside Iran.

I accept that some of these figures are not true. I think the more clear we are in this market, the better we can control possible damages.

It was a piece of wood which belonged to a famous tree in Imamzadeh Saleh. A man wanted to sell it with the price of about 20 million Tomans.

We had but we filtered them. We have redlines in our country.

Reza Arbabian has maintained a startup atmosphere in his company and wears simple and casual clothes. He has a cactus collection in his office. He has a good relation with his team. He refuses to offer statistics and figures like any other person in other startups. He repeatedly says “I can’t tell”.