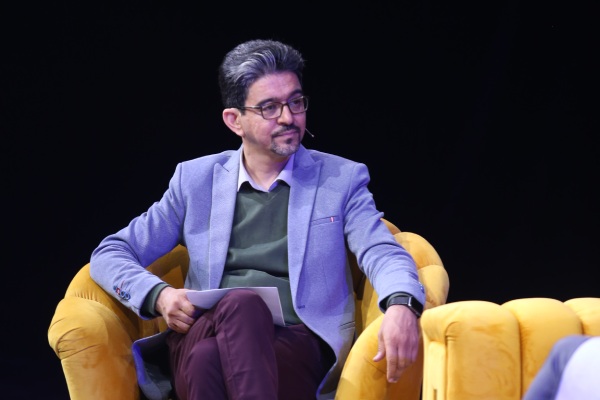 An invitation to understanding!

In the mid-1995s, they made some chaotic conditions.They sent the message that you should use another word instead of startup in your magazine or for your company, such as state-of-the-art and knowledge based companies, creative industries, innovative unions,….. and the justification was that “Startup” is dangerous and if it ain’t broke, don’t fix it. I am not saying that we resisted or stood against them. We drastically rejected the viewpoint that startups are hazardous. They removed us from most of their events and ceremonies that these are startup founders and….

Time passed and startups shone and substantiated that what is perilous is to neglect technology. Startup entrepreneurs created value, their value became the dignity, credibility and prestige of the events. They said gradually, “Stand a little further, a little more, even more.” We entrepreneurs were no longer in the photos as the souvenir taken with startups for media coverage.

We have been patient for a decade to normalize video, satellite as well as 5 years to justify them that startups are not dangerous .The shocking fact is that the time lag behind technology is not filled with patience. Today, if we are witnessing the fourth generation of Artificial Intelligence, the citizens of the world are rapidly synchronizing with the fourth generation so that the fifth generation, which is fast on its way, will arrive and not be left behind.

When we do not appreciate the fourth generation, or show procrastination or resistance in accepting it, the fifth generation comes, goes, then the sixth generation, and we are still reluctant to accept the desruptive technology.

We are not talking about moving too fast; Our goal is to invite you to understand early. If we find out too late or not, next time we should take a memorial photo at the bottom of the intergenerational gap between technology and destruction instead of taking a marvellous photo with the achievements. Future will choose the appropriate word between “Support or Betrayal” as subtitles or captions for these photos and all the photos we have taken.

The last remark:
As always, the private sector and agile activists in this field must take the critical responsibility as the innovative pioneers because of the government and the narrow-minded people in the bureaucracy. In fact, they have already procrastinated to make the viable decisions to improve the Iranian startup ecosystem. Like waking up a friend to watch a beautiful scene or see a strange event on the road while traveling, please shake his shoulder and talk to him about new trends and accomplishments. Maybe we can build a narrow bridge for our country to cross this deadly valley of backwardness. Please wake up and look at the world of the fabulous technology.