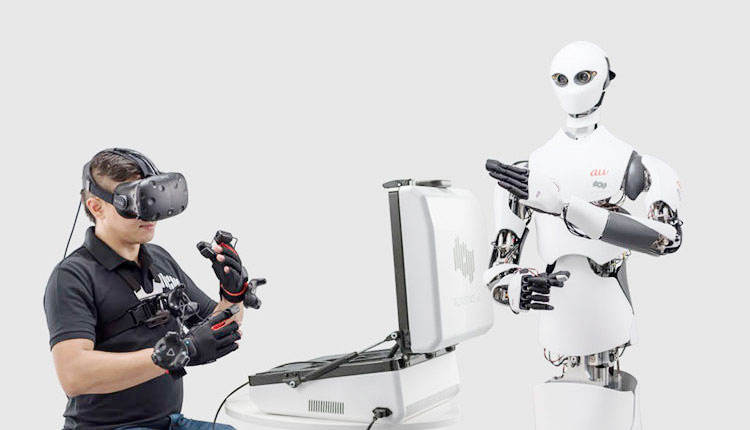 The beginning of robotic startups era + the first part

The third person of this engineering team is Mohsen BaniJamali. Here is the interview we had with these people. All of them belives that we are living in a new era: the era of robotic startups.

When you become graduated from a university in Iran, there are two options for you to follow. First, continue studying without any specific purpose and second work in an unrelated position. But we decided to follow what we love so we founded a company in the field of robotics.

This idea came to our mind in 1390 in Arak. We decided to develop industrial and robotic automation.

Our first project was designing a robot named Syro which was supposed to do missions in water and sewage networks. It took two year to build this robot. We didn’t have any budget and support.

It increased our experience and knowledge in the field. Production cost was so high and we couldn’t do mass production. After that experience we decided to develop cheaper robots.

Robots which are inspectors of sewerage network are made in Germany and during sanctions, this field had encountered many difficulties. Thus we decided to build a domestic sample of these robots.

We made decisions based on what we loved. Working in this field in Iran has many risks. Many of its methods and tools do not exist in Iran. We had to fix manufacturing deficiencies first and then apply our innovations.

In Iran we have to do all the things ourselves. We believe that technologies such as IT are coming to the end and we will face a robotic era.

In the past, industries didn’t want to accept robots, but now they embrace it. But most of industries like Oil and Gas Industry are still looking for traditional methods. No one is ready for this change.

Therefore, we decided to focus on water and wastewater because in most cases there is a need to use robots instead of humans.

We produced robots with lower costs so that people couldn’t resist in front of them. Each company finds investors, human source and capital.

But we had none of them. We succeeded because we had nothing to lose. In other words, lack of support became our strength. Earning money was never our final goal.

We have a good position now. We spent a lot of time on building robots which were not welcomed.

Directors of industries see this field as a fantasy realm and inventive dream. They think that robots are complex toys which are made by a number of curious students.

During these years, we launched 30 robotic projects and we provided three devices as a final product in the market.

We designed our robots based on global standards; standards which are not known to many of authorities in this field.

We did exact examinations. We will offer our final products within two months which are three models of inspector robots.

At first, we did huge and wide research; then we built samples and didn’t provide them to the market. Instead we provided services ourselves.

That is, when we offer a robot we didn’t leave the customer alone. We had to show how to work with these robots. After these stages, we entered production phase.

We provided products and services at the same time. Currently our product-service ratio is 20 to 80. Next year, our company will offer wide range of services not only in Iran but also in neighboring countries.

Yes, we want to exceed industry and meet peoples’ daily needs with robots.With this strategy, other startups would become interested to enter robotic field and provide services through robots and the concept of startup growth would become stronger.

The birth of startup union