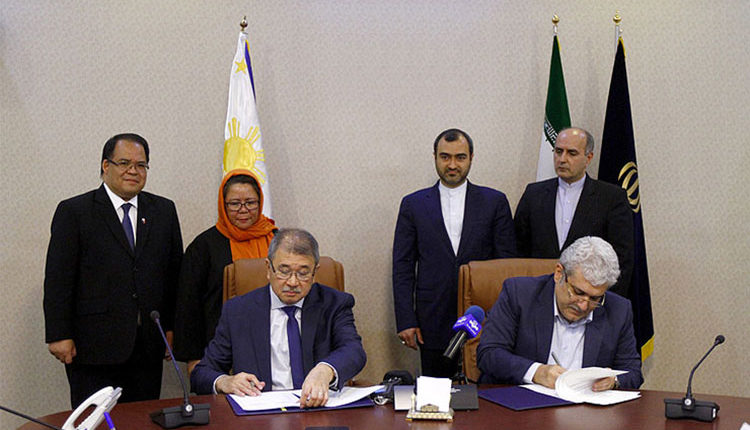 Will Occur by Signing a Joint Scientific and Technological Agreement

The most important goal of this agreement is promoting and developing cooperation using the regulations of the two countries.

Capable Iran is the First Priority in Advanced Technologies of Philippine

The minister of science and technology of Philippine expressed the effective progresses of Iran in the area of advanced technologies, adding: Iran has made great progress in various technological fields.

Philippine is eager to cooperate with Iran in fields of agricultural biotechnology, nanotechnology, neurosciences, medicine, pharmacy, and advanced materials and construction.

According to Dela Peña, Iran can open new horizons for cooperation of two countries as one of the countries that have science and technology in important fields such as nanotechnology.

Exchange and Cooperation of PhD Students and Researchers

The minister of science and technology of Philippine regarded the exchange and cooperation of PhD students and researchers as another topics of this cooperation between the two countries, expressing:

We also have a list of international events in the nanotechnology field, and Iran can play a considerable role in this regard owing to its capabilities in various fields of medicine and advanced materials.

In addition, steps have been taken in the field of development of new, advanced and regenerative energies technologies.

Progress of Iran in fields such as agriculture is promising since Iran can help the sustainable development of cooperation in addition to expanding knowledge and technology in Philippine.

The minister of science and technology of Philippine pointed out that the joint scientific and technological cooperation can help the governments of the two countries and be carried out by universities, research centers, and institutes.

In this regard, he affirmed: we have a series of research centers that can manage the new cooperation not in its traditional form but in an innovative manner under the centralized management of ministries and the Vice-Presidency for science and technology affairs.

Sorena Sattari, the vice president for science and technology affairs, explained about the formation of infrastructures for joint scientific and technological interactions based on a joint cooperation committee, asserting:

This meeting will lay the foundation for extended cooperation we have already had in fields such as students, and will open the door to new cooperation in fields of advanced technologies and sciences of knowledge-based companies and startups.

Joint Ecosystem of Iran and Philippine

According to Sattari, Iran which is recognized by its enrich underground resources, has another valuable asset to interact with the world.

This asset is the creativity and knowledge of Iranian educated youth, which is the obvious language of sustainable discourse and interaction.

The large capital of creative and educated workforce of Iran can be another field of bilateral cooperation between the two countries.

Pointing out that forming a center that has a suitable ecosystem for scientific and technological cooperation of the two countries as another topic of cooperation with Philippine, Sattari marked:

In addition, exhibitions and joint science and technology programs will be followed up to make a change in the economy and scientific and technological position of the two countries.

Supporting the Most Important Asset of the Country (the Youth)

The vice president for science and technology affairs described the move of Iran on the axis of an economic revolution and passing from resource-based to knowledge-based economy, stating:

The new view based on the recognition of position of innovation has reached the support of the most important asset of the country, which is the creative and educated youth.

The presence of 41 technology parks, 4200 knowledge-based companies and a high number of startups (more than six thousand) has facilitated the path toward innovation, helping the country to reach a knowledge-based economy.

He also explained the superiority of Iran regarding the distribution and development of information and communication technology, expressing:

More than 50 percent of Iran”s participation in the Internet, the role of Farsi as the ninth active language in the world world and the active presence of users in digital space, provide a valuable opportunity to develop knowledge, technology and business based on the field of information and communication technology.

Fundamental Work on the Talents since the Student Period; Secrets to the Success of Iran in the Field of Nanotechnology

The vice president of science and technology affairs regarded one of the remarkable achievements of Iran in the field of nanotechnology to be fundamental work of talents from the student period to the level of science production and the establishment of companies.