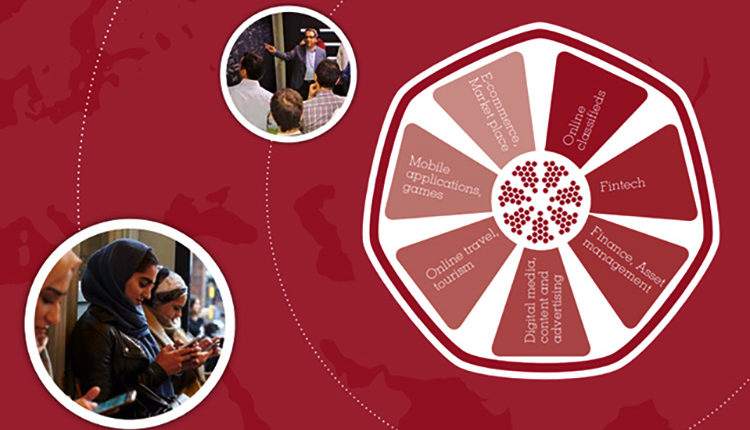 Highlight of the reporting period

Pomegranate continues to first establish IRR (Iranian Rial) based valuations for all the portfolio companies, regardless of past EUR denominated transactions, and then to use data from the new foreign exchange trading platform known as “NIMA” for translations from IRR into EUR valuations.

The IRR based NAV of Sarava, our largest holding, following its annual NAV review increased more than the negative FX effect, resulting in a positive adjustment of the Sarava EUR value compared with previous quarter.

Mainly driven by DK and substantially by CB and Alibaba Travel, key beneficiaries of (foreign) competition vacuum. The FX  effect in the model valuations of Sheypoor – our second largest portfolio is partly offset by continued growth since the previous quarter.​​​​​​​

The underlying IRR valuation of Sheypoor increased by 7% in the quarter while Navaar was largely unchanged and the resulting EUR valuations decreased by 10% and 14% respectively due to the weakening of Rial in the quarter.

The Board together with the management team has decided that in order to further reduce costs, as well as account for a somewhat smaller team, Pomegranate plans to change its quarterly reporting to bi-annual reporting starting from the financial year May 1, 2019 – April 30, 2020.

At the same time, the return to quarterly reports for a later listing once the environment improves will be unproblematic and swift.

More than ever it is a story of stark contrast between the macro and micro environments in and around Iran.

Currently nothing suggests the former is about to change for the better, it remains a fact that our portfolio companies continue to perform strongly.

For the first time we have now incorporated two independent external valuations – one international and one domestic – in the valuation procedure for Digikala and Alibaba Travel (part of Tousha Group).

The bottom line is our NAV has increased by 6.4% over the quarter, from EUR 18.90 to EUR 20.10 per share mainly driven by the annual revaluation of Digikala, Café Bazar and Tousha Group.

Whilst it can feel somewhat counterintuitive with a quarterly increase in the NAV given the current news flow around Iran, the numbers reflect that the vast majority of our portfolio companies are rapidly growing, consolidating their market shares with some of them emerging as national household names.

Pomegranate Investment AB (publ) is based in Sweden and was founded in 2014 by a pioneering team with a long and successful track record of investing in high growth companies in emerging markets, particularly in the technology sector.

Pomegranate is an investment company that has a strong position primarily in Iran’s consumer technology sector, which, with the easing of international sanctions, represents an extraordinary growth opportunity for European investors.

Iranian app improves quality of life for the hearing impaired