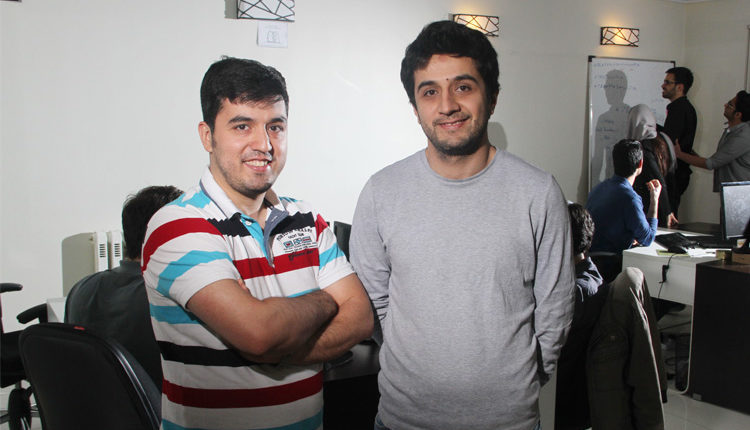 Amini brothers, Ali and Mostafa, as the co-founders of this startup, talk with ShanbeMag about their business.

ZarinPal; a port for internet payment.A port that like to be compared with PSPs or online payment ports of banks and it seems that it wants to compete with them.

Licenses should be reduced

About where they start from, their concerns, and current status of online payment, presence of investors like Rocket Internet, presence of PayPal in Iran and the future outlook of ZarinPal. When one of them didn’t want to give any information, we took it from another.

Purchase process is done either with ZarinPal or with Wallet. The money would come to the account of the mediator between ZarinPal and bank and depending on purchase level, the money would be deposited in seller’s account after 4 days between the purchase and the type of prompt payment.

Yes, but if it’s done through PSPs or online payment ports of the bank, the money would be deposited into the recipient account the day after between 6 to 8 AM.

We guarantee purchase and payment. Because checking payment from ZarinPal is easier especially for small and less known stores. But paying through online payment ports of banks is difficult.

In order to guarantee the transaction.

Yes. We open a forum between the seller and buyer and we connect them to each other. Their problems are usually solved otherwise we refund the money.

Ali thinks a little bit and says: shall I say? Ask Mostafa. Mostafa says they have between 5 to 6 thousands transactions per day.

Mostafa doesn’t want to say anything but because Ali has talked about the number of daily transactions, he points to 22,000 toman as an average price for each transaction.

A rule was approved after Shaparak emerged based on which there should be a difference between banks and PSPs and they should be isolated from one another. 12 permissions of PSP were issued so that every bank can’t have such a facility.

Online payment companies were switched to Shetab system directly before Shaparak emerged but after Shaparak, they became connected to Shaparak switch. We and 30 companies requested for becoming PSP.

Payment systems gave their initial agreement to refer us to Shaparak, but after that, no permission was issued for us because the market was saturated.

We would lose the system of transaction guarantee.

One PSP permission and a fee which would be shared among card-issuer bank and receptor bank and Shaparak and that PSP. In current situation in which no fee is received for online transactions, we would gain nothing if we have PSP.

PSPs don’t receive fees but they receive another kind of fees. Suppose a person has Pasargad card and uses Mellat POS.

For example, if he pays 100.000 tomans, 250 tomans would be deducted as a fee; 200 toman from Mellat bank and 50 toman from Pasargad. This 50 toman would be divided to two 25 tomans, one is for Shetab and another for Shaparak.

Between half to one percent.

We provide higher level of service and try to promote follow-up methods and guarantee of our transaction because PSPs don’t have an exact method of follow-up. But that we get a fee and they don’t is the hardest part.

Modern businesses have more positive insight towards this kind of payment and small receptors that have small transactions work with ZarinPal, because they can work more quickly.

When they grow, they would go to PSPs but because they would face problems related to follow-up, they would work with ZarinPal again. But this time we should persuade them to work with ZarinPal. Although we were the first service provider in this field, but we haven’t don’t any marketing yet and the customers have come to us.

Yes but we don’t have a clear situation.

This fund has invested about 50 percent of the investment. It has Iranian owners who are working in the fields of automobile, foods and startups in Iran for more than 30 years and have invested on Wire and ZarinPal.

Before summer 1394, we did this in relation of some startups and invested on some smaller businesses when we feel they would launch our work better. We isolated that field to work in another field, instead of growing the company.

But since 1394, we have worked only in the field of online payment and most of the people to whom we helped were in Karaj and Rasht. For example in the field of sending SMS that helped us in a part of our business and we became their first customer.

We have the most important problems in the section of regulatory, because there isn’t any rule in our field of work. For example, electronic trust symbol is an issue itself.

No. There is a limited number of companies that can provide electronic service in this field. If we want to do it, we should be a bank or a financial and credit institute or PSP but they don’t give us the permission, because they consider the market saturated and they haven’t issued any PSP permission for 4 years.

We can’t be bank because a startup doesn’t have the capital to become a bank and they don’t give us the permission of PSP.

It is saturated. Because in other countries of the world, there are at most 3 PSPs and in Iran we have 12 PSPs. But there is another thing in the world.

For example, companies like PayPal or other companies that do payment but are not PSP. But such companies don’t have a major activity in Iran and have put under the category of PSPs.

Yes, because it covers not only online payment field but also POS.

There isn’t any method for one click payment in Iran. For example, in DigiKala you have to pass more than six fields in each payment stage each time but in Amazon once you have entered card and buy something for the first time, it would deduct from the customer’s account automatically next time.

But in Iran, Shaparak regulatory doesn’t allow to save card information. On the other hand, it work on some standards like pcidss that were supposed to make payment easier while no information would be released and no one can use them illegally otherwise there are solutions for that but Shaparak just have limited the ways.

But although it doesn’t allow to register card information in the web, it makes one click payment possible on mobiles because USSD belongs to operators that could get this privilege to save card numbers.

It’s right but in Iran there is a bigger problem which called fees. Because if online payment companies want to stay alive, they should receive a fee. Now PSPs can work because of the bribes between them and banks.

That is, they receive profit from both Shaparak and banks but because this money enters bank accounts by them, they can get privileges from banks. Thus it is not important for PSPs to get a fee. But because we don’t have a bank that supports us, we should receive this fee.

Yes, it receives it from the seller.

Only with E-network and WiMax.

Maybe because we haven’t had a good marketing and sales and we have expected the customer to come to us. We should come to the customers.

We should give a new service that is different from banks and PSPs and we should have especial privileges.

The most important thing that can move payment market is one click payment in web and we are working on mobile payment.

Yes. Iran market is big enough to have a service based on which people from abroad can buy from inside Iran. We are looking for a solution, because we as a startup should move ahead of others.

But our most important program is that if PayPal comes to Iran in post-sanction period, what we should do. Because there are many legal shortcomings.

There are two ways; we can either confront it that in this case it can eat us easily, or ask it to invest on us.

If they offer a good amount, why not? The market should be so big and attractive that persuades PayPal to invest on ZarinPal.

We always consider PSPs as our competitors and we want to be compared with them, but in our field we are the first company and others started two years after us. Now there are about 23 companies other than PSPs in this field.

It’s better to mention something that has happened since 25th Esfand up to now. That many of our competitors have been filtered and they think we have done this, which is not true.

The next destination of startups: tourism