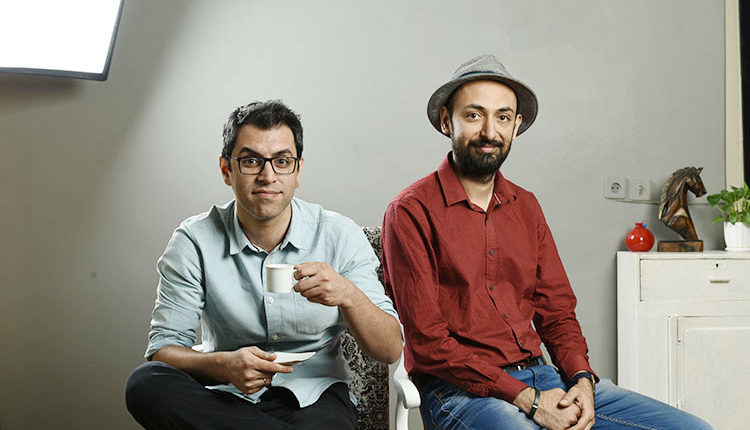 In 1393, when Hamidreza Ahmadi and Hadi Farnood brought Hamfekr event in Iran startup ecosystem, they didn’t think that this event would be expanded very soon in Iran

It would be held easily and without any disruption; a free event without any side ads that could become a place of gathering for those who want to find their teammates, find the answer of their questions and most importantly those who want to be placed in a vast circle of relations, ideas, collaborations and up to date startup knowledge.

Thus they decided to hold this event. Their consistent presence shows their satisfaction. That they reach their wishes and that today Hamfekr has become a big Hamfekr for those who are active in Iran startup ecosystem and its daily growth is the evidence.

Now Hamfekr continues its way without any issue related to startup weekend or changes related to StartupGrind. It doesn’t belong to any organization or even a company or a person and it is only a gathering for those who exchange their opinions, concerns and knowledge.

We wanted to talk with all members of Hamfekr in Iran but it was impossible due to lack of time and space.
Hadi Farnood believes that ecosystem is dead without event. Because holding event means making connection and dynamics of an ecosystem depends on the number of events being held and forming relations.

Farnood says Hamfekr wants to institutionalize the culture of help without any expectations in the society. Also he considers holding such an event a means of expansion of startup ecosystem in other cities.

Another important point in Farnood’s saying is related to the fact that Hamfekr event is an Iranian and domestic event. Thus it has continued its way without any disruption.

I think an ecosystem without an event is a dead one; in fact the level of dynamics of startup ecosystem is based on a relation formed among those people in this ecosystem so that they can help and know each other.

Because if there isn’t a network of relations, issues like team selection and capital attraction wouldn’t be formed and because people don’t know each other well, they would face problems.

Thus I think ecosystem without event especially an event based on network of relations, doesn’t make any sense.

During the years I lived in England, I saw English ecosystem from near. It was an idea like Hamfekr from the beginning and network organized that ecosystem and made other events become formed as far as we could participate in different events like Hamfekr every day in this country and each of them had a specific purpose;

The goal is education and knowing other events along with different technical, non-technical and marketing content in different events.

Also holding events can be a milestone for calculating the growth and importance of that ecosystem. But in our country there are usually oppositions to holding events which are due to lack of knowledge.

Anyway, Hamfekr event hasn’t have any problems because it is of an Iranian and domestic nature. But there are a few numbers of events in Iran.

We should have events in Iran other than Hamfekr that have relation with outside Iran and bring today knowledge of the world in Iran.

Connecting with the world outside Iran can also be the infrastructure for attracting foreign capital which is necessary for growth of the ecosystem.

But in our current situation, we even can’t hold a conference with the presence of foreign guests. While the population of Iran startups doesn’t reach to 20000 persons and such a population can’t disrupt the order or security of the country. Thus we should solve the problem of holding such events.

There are people whose job is making crisis; when the big crisis becomes solved, they look for another crisis. Lack of knowledge of authorities about startup ecosystem has contributed to this fact.

Also they connect the term “startup” to other countries and make it frightening model. But I think during recent years, this ecosystem could have proved its health.

These issues coincide with the time when public authorities should introduce the capacities of Iran startup ecosystem to foreign trade delegations so that relations become formed.

Because there were times when there were people interested in investing on startups but there wasn’t any opportunity for making such connections.

The structure of Hamfekr is made in such a way that it is easy to hold it and currently the main problem in this society is networking and our goal is to solve this problem and this is the reason of its rapid growth.

The important thing is that it affects the ecosystem and fortunately it was. Hamfekr wouldn’t change its format in the future because its goal is in its current format and we would make no changes but Hamfekr can help others to hold other events but there would be no change in its own process.

Wherever Hamfekr enters, this event becomes bigger. We see that accelerators come to those cities and are formed there and investors pay attention to them.

Thus after a while, the number of startups increases and we see that startup society of that city would be formed gradually.

We didn’t have any problem with these organizations for holding Hamfekr because our intention is clear and thus there hasn’t been any sensitivity on Hamfekr.

Sometimes public organizations and universitites and sometimes private companies cooperate with us in hosting.

Now Hamfekr is being held in 25 cities of Iran and until now about 13.000 to 20.000 people have participated in it and its importance is that it is being held every week which in fact forms the infrastructure of startup society and keeps relations secure.

The goal is to help each other without any expectations. Because we in Iran startup society are a group that don’t have any expectation from the government or big companies for our growth and we should help ourselves.

The value of Hamfekr is based on continuity

The beginning of holding Hamfekr meetings goes back to 1393 when I was the manager of Iran Entrepreneurial Association. At those days only Startup Weekend was being held in Tehran and Iran and it was the only event about modern entrepreneurship and the field of web and mobile.

In Hadi Farnood’s and my mind as founders of this event, there is a direct relation between execution issues of an event and the number of events held in one year.

An event which is more active would have more sponsors and more places to be held and this leads to the fact that this event can’t hold more than two or three times in a year; the less the execution works and lectures, the more the progress.

In fact it is one the simplest events in terms of event; that is, it has no lecturer and it doesn’t need the total presence of me or Hadi Farnood but we do the works related to coordination and place of event.

I mean right now Hamfekr has begun on time without our presence and it would end at due time because it has simple structure and is very simple in terms of execution.

Our main goal is to gather people together and we don’t want to make Hamfekr complicated with ideas and too much work that we can’t implement these ideas every week thus we keep Hamfekr simple and our goal has been always this.

For example, if there are 100 sessions being held, I am present at 90 of them so does Hadi. Last year, we added two more persons to our team; Ali Darian and Amirabbas Zamanian who are both students and were interested in these issues. They joined us as volunteers at first but then they became our teammates.

I went to cities two times. Like Karaj and Isfahan. We explained the philosophy of holding Hamfekr for them and we entrust Hamfekr to them. Sometimes they didn’t offer what we wanted.

Hamfekrs being hold in other cities are somehow complicated for example they have lecturer and some things happen that are in contrary to our work. We tell them that these complications may endanger Hamfekr persistence.

It has been important for us to hold Hamfekr every week. We have held 99 percent of Hamfekr sessions every Wednesday during past two years and if we didn’t hold it, the reason was either it was Eid (holiday) or one or two days of martyrdom.

The main goal was to have a specific place and time each week so that people would remember that Wednesdays from 6 to 8 Hamfekr is active.

For those who know Hamfekr for one or two years, there shouldn’t be any doubt whether Hamfekr is active on Wednesdays or not and holding Hamfekr should become a permanent cliché on their minds.

This is very important for us and thus we have taken its consistency very seriously and we have reduced its complications.

We can’t say that now Hamfekr is the most important ecosystem event but its value is due to its consistency. But for example Startup Weekend faced with a political problem or Startup Grind changed.

Thus it isn’t possible to count on them for a long term because they aren’t held continuously.

The thing that happened for Hamfekr but not others is that we have intentionally and knowingly grown organically; that is, it wasn’t important for us to promote so that more people participate in Hamfekr.

When Hamfekr began working two years ago, we were two or three persons and these persons would have changed each week. Little by little these people informed their friends and this led to Hamfekr growth.

Our problem is space; for example when we could provide a very big place for two weeks, 400 people participated in Hamfekr but this number of people don’t come each week or startups that host the event don’t have such a space but on the average 150 to 200 people participate in Tehran Hamfekr.

We don’t see any need for promotion and those present in Hamfekr, have become familiar with it through their friends.

I think we can get the results we have achieved in Tehran, in other cities as well and I would explain this effect from both sides; I participate in Hamfekr sessions every week and this has led to the expansion of my connection network.

In fact our current 15 to 16-person team is the cause of our presence in Hamfekr and almost all of the people who work in Evand are added to our team through Hamfekr. There are also people who have attracted investor through Hamfekr.

In fact it may not be that the person who is added to startup companies, has come from Hamfekr directly but being present in this event creates a vast network of relations which is the base for meeting each other and human sources. Thus teams can use these capacities.

As far as I know, they are mostly people with a question in their mind; or they are launching a startup and don’t know the principles well or they have started and are looking for human resources or for example work in a company and something annoy them.

For example they are programmers who refer to Hamfekr and want to cross programming and go towards product management. In fact they are people looking for consultation and want to know something.

Thus we can consider Hamfekr a means of expanding human relations. This is very important and another direct effect of that is to find co-founders.

We know many people in Hamfekr who have decided to start a job with each other after two or three sessions. Also people find teammates in Hamfekr sessions.